Tardive Dyskinesia – Be Your Own Advocate

Home/Uncategorized/Tardive Dyskinesia – Be Your Own Advocate
Next

Tardive Dyskinesia – Be Your Own Advocate 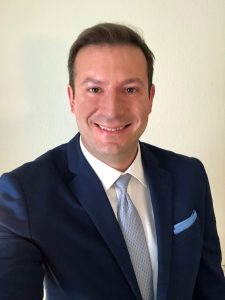 Tardive Dyskinesia (TD) is a delayed-onset neurological syndrome that can occur as a side-effect of prolonged use of antipsychotic medications. People who develop TD may have repetitive involuntary movements that are generally slow and writhing, or dance-like in nature. The movements occur most commonly in muscles of the face, mouth, and tongue, but can appear in the arms, legs, or torso as well. Estimates of the frequency of TD differ but range from 7%-30% of people who take antipsychotics for a prolonged period.1 The length of exposure required to develop TD is variable, but it can occur months or even years after starting treatment with an antipsychotic. Once TD manifests, it may become irreversible. Therefore, early detection and Tardive Dyskinesia treatment is critical.

I am honored to be a part of the CURESZ Tardive Dyskinesia Expert Panel, but I haven’t always been adept at diagnosing TD. For years, no one in my current practice seemed to have “obvious” symptoms of TD, so I came to assume that it was more of a historical problem associated with the older first-generation antipsychotics that I rarely prescribe. In 2016, I began working with a young man with schizophrenia whose TD was unmistakable. With no FDA-approved medications at the time, the best I could offer was to remove or reduce one of the two antipsychotics he was taking. He and his father wouldn’t consider any change, because that combination was the only thing that had ever worked for him. When his father suddenly passed away months later, his grief inspired me to learn as much as I could about treating TD. I couldn’t give him his father back, but I could at least try to give him the dignity of control over his body.

I studied Neurology journals and textbooks for months and realized that I had unconsciously set my bar for diagnosing TD at only the highest severity level. I had inadvertently become blind to detecting mild to moderate TD. Reading the numerous failed clinical trials of medications and supplements for treating TD, I gained an appreciation of the decades of powerlessness clinicians had felt in trying to treat TD. It seemed that recognition of TD was gradually overshadowed by increased screening for other potential side effects of antipsychotics, such as blood sugar and cholesterol elevations. Perhaps because the latter are problems for which we have long had good treatment options. In 2017, the FDA approved the first two medications for TD, and treating my patient with one of them benefitted him in profound ways I didn’t expect.

Every psychiatric provider trained in an era in which there was little or nothing we could do to address TD, so many didn’t have enough urgency looking for it. Our diagnostic skills withered, and many newer clinicians never established proficiency in the first place. Now that approved treatments exist, the mental health field will eventually enhance its recognition of TD, but if I didn’t have this unique experience when I did, it might have been years before I stepped up my screening. Until every provider makes a thorough examination for TD a standard part of their appointments, I urge everyone taking an antipsychotic, especially anyone experiencing unusual or unexpected movement problems, to be your own advocate and take the lead in discussing Tardive Dyskinesia treatment with your provider.