Tardive Dyskinesia – More than a Side Effect 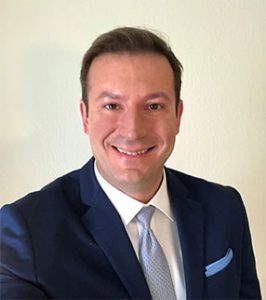 Tardive Dyskinesia (TD) was ﬁrst described in the early 1960s, but we don’t have a clear understanding of why it happens despite nearly 60 years of research. TD does seem to have a clear relationship with dopamine, which regulates a vast number of functions in our bodies, including attention, pleasure- seeking, and motor function. Some psychiatric disorders, including disturbances of mood, sensory perception, and thought process are believed to be associated with an excess of dopamine stimulation in certain pathways, or “circuits” of the brain.

We often use antipsychotic medications for these symptoms because they are dopamine receptor blockers (DRBs), and thus prevent dopamine from completing the circuit. In hyperactive dopamine circuits, this normalizes function, but DRBs are unable to discriminate between overactive and normal dopamine pathways. Sometimes blocking dopamine can reduce function in pathways it should not, and cause unintended consequences.

The basal ganglia is the part of the brain that is responsible for controlling movements, and is also dependent on dopamine to conduct its signaling. Prolonged use of DRBs can stimulate the basal ganglia to produce too many highly sensitive dopamine receptors. In an attempt to rebalance its diminished dopamine signals, the process may overcompensate for some. The motor system becomes hypersensitive, and dopamine now overstimulates it, resulting in the involuntary movements, or “dyskinesia” that give TD its name. “Tardive” comes from the French word for “late” because it generally takes months or years of exposure to a DRB before the symptoms develop.

Imagine you’re listening to music with a friend, and you think the volume level is normal, but it’s too loud for him. He gets out ear plugs, but puts them in your ears as well as his. Now you can’t hear the music at all, and you ﬁnd the ear plugs won’t come out, so you turn the volume way up to compensate. Eventually the ear plugs may malfunction and fall out, and the music sounds unbearably loud. Unfortunately, you ﬁnd that the volume button is broken, and you can’t turn it down.

The real problem with TD isn’t that it’s delayed after the start of a DRB, it’s that it’s generally irreversible. Not everyone taking a DRB gets TD, but those who do can’t get rid of it by stopping the medication. While some risk factors are known, we don’t yet have a very good way of predicting who is going to get it before it happens. Or in the terms of the analogy above, we don’t know whose earplugs are going to malfunction.

Therefore, we shouldn’t consider TD a “side effect” of DRBs, because side effects go away if you remove the medication that cause them. Rather, we should think of TD as its own syndrome that is cause by exposure to DRBs in vulnerable people. Just like cigarette smoking causes lung cancer in some people – those who get cancer don’t go into remission just because they stop smoking. Improving Tardive Dyskinesia at that point requires its own additional treatment, which I’ll discuss in my next column.