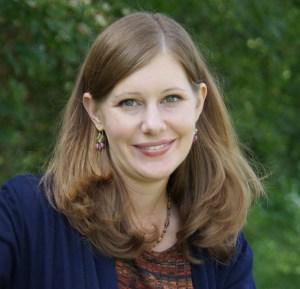 My name is Bethany Yeiser, and I would like to tell you how I completely recovered from schizophrenia after four years of psychosis and homelessness.

For a long time, my hallucinations and delusions were severe. I remember the doctors saying that I would never have a normal life, let alone return to college or work.

But my initial doctors were wrong. After several antipsychotics failed, a specialist in schizophrenia started me on clozapine, and within three months, the hallucinations stopped, and I began to recover. I felt like my normal self again.

I then enrolled at the University of Cincinnati where I completed my molecular biology bachelor’s degree with honors, in 2011. Today, I have a happy, fulfilling life.

For me, the right medication was clozapine, which is not widely used, but which experts believe should be prescribed to 25% of persons suffering with chronic schizophrenia. I have been symptom-free for nine years, and would very much like to see others recover from schizophrenia like I did.

Schizophrenia is a neuropsychiatric illness which is poorly understood by the general public. I used to think it was associated with personal weakness, or a certain personality type, very different than mine. I remember refusing to believe I could ever have schizophrenia. This was because I did not really know what it was.

Today, I understand that schizophrenia is a disorder of brain development with certain neurochemical abnormalities. Symptoms can lessen or even disappear on medications. Like asthma, cancer and diabetes, schizophrenia is a medical illness. If it is treated promptly when it first appears, remission and recovery are very possible in the majority.

Unfortunately, sensational stories in the media often portray people with schizophrenia as dangerous, and completely overlook the fact that persons with schizophrenia are so impaired by their abnormal thoughts and auditory or visual hallucinations that they are more likely to be victims of crime or self-neglect.

When I fully recovered from schizophrenia (i.e. became asymptomatic) I published a book about my recovery, but I also wanted to share with others what I wish I had known about schizophrenia the day I was diagnosed. This led me to work with my psychiatrist to establish a foundation called CURESZ (Comprehensive Understanding via Research and Education into Schizophrenia) to disseminate the information you are receiving today. In schizophrenia, it is crucial to understand what the disorder actually is, as you look for your medication and your treatment team. I hope you find this information encouraging and helpful.

Additionally, I encourage you to check out CURESZ.org for educational videos, informative articles and other resources.

Today, I see myself as a “schizophrenia survivor,” similar to a cancer survivor, and I am not ashamed about it. I am grateful to have recovered from schizophrenia, and I have decided to dedicate myself to educate others about schizophrenia and to advocate for the use of clozapine in patients who do not respond to two different antipsychotic medications.

I hope CURESZ will inspire you as you begin your journey to recovery.