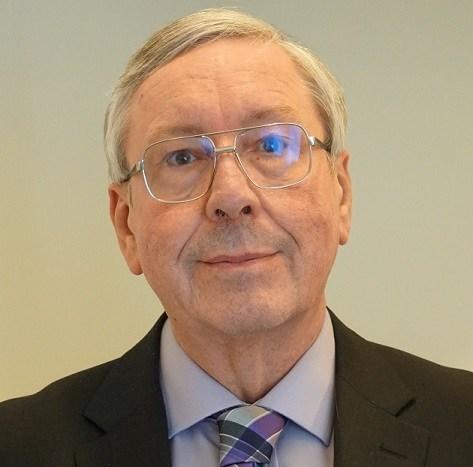 When Darrell Herrmann was thirty, he began experiencing delusions. A United States Army Captain specializing in field artillery and nuclear weapons, he believed he’d been drugged as the subject of a secret Army conspiracy to produce super soldiers. That was why he could no longer sleep and struggled to perform his duties. Darrell sought help at an Army hospital, where doctors realized he’d become psychotic and transferred him to a military psychiatric ward. “At that point, it was obvious that I needed to make a career change,” Darrell says. “Psychosis and nuclear weapons just don’t go together.” What followed is a common experience for those living with schizophrenia—withheld diagnoses, little to no education on mental illness, and low expectations on the part of mental health professionals.

But Darrell’s life didn’t grind to halt when he was diagnosed. The year after his hospitalization, he went back to college to study computer programming. He finished his degree two years later, and successfully worked as a computer programmer for the next eighteen years, before going on disability in 2004. One of the biggest misconceptions about people with schizophrenia is that they cannot work or live fulfilling lives. Darrell is proof that simply isn’t true.

Darrell continued his treatment, even as his diagnoses changed and his medication was adjusted. Still, much of what he learned about schizophrenia in the early years of living with the illness came from his own library research. Eventually, Darrell discovered Schizophrenics Anonymous (SA), a support group sponsored by Mental Health America of Franklin County (MHAFC). Today Darrell leads seven hospital groups each week. In the last ten years of conducting these groups, he has reached more than 30,000 patients with his message of self-acceptance and empowered recovery.

Facilitating hospital groups means Darrell shares a brief connection to patients, but cannot follow their recovery after discharge. Sometimes he wonders what happens to them, he says, but in his characteristic practicality, admits that’s just the way it has to be. There was one patient whose story Darrell knows quite well. Although he does not recall meeting her in his hospital group, his wife, Kristen, clearly remembered the first time she saw him. Darrell and Kristen became friends after she began attending a Schizophrenics Anonymous group at Concord Counseling in 2007 and eventually, they married. Mental illness certainly complicates marriage, Darrell says, especially when both partners are affected. But it’s also like any other marriage—you have to be committed to working things out. The unique problem, as Darrell describes it, is what would happen if he stopped taking his medication, became psychotic and ended up homeless. He has a legal right to do so, and there is nothing Kristen could do to stop it. There is no way for them to give each other power to override those decisions. When they married more than eight years ago, they agreed to always listen to each other. If she thinks he needs help, he will follow through regardless of what he feels in that moment. She committed to do the same. It’s about trust, Darrell says, and so far it has worked.

Despite the grim perception of schizophrenia so many still hold, the statistics of recovery provide some hope. As Darrell points out, “About 90% of the people with schizophrenia improve with medical treatment and new scientific research offers hope for all those who live with the illness.” For 30,000 men and women with mental illness in Central Ohio, Darrell Herrmann has offered support and encouragement. He lives out MHAFC’s vision every day, ensuring no one he encounters feels alone on the road to recovery.