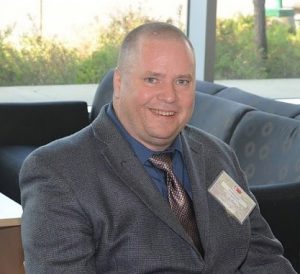 Mental illness came upon me slowly, from a young age. When I look back at my school photos as early as age 9, I see depression written all over my face. My mom suffered all her life from a severe mental illness, experiencing symptoms of depression and psychosis. When I was 10 years old she attempted suicide, though I was too young to understand what that meant.

At the age of 12, I heard my name called in an empty house where no one was present. This was my ﬁrst auditory hallucination. I noticed it happened after an exciting weekend with the Air Cadets, where I got very little sleep and friends were often calling my name. Over the next few years, it seemed a healthy eight hours of sleep would cause the voices and other symptoms to disappear, and restore my sanity. I thought getting enough sleep would always solve the problem. However, it wasn’t long before I was unable to bounce back.

Soon after the hallucinations started, and as they worsened, I began to experience mood swings. At one point, I felt high, as I imagine I would feel if I had abused drugs, though I never used drugs. I kept talking quickly and irrationally. My parents were alarmed and took me to see my mom’s psychiatrist. This doctor suggested I come into the hospital for observation.

I am certain I was diagnosed, but I can’t remember if anyone told me what my diagnosis was. My doctor started me on a medication to help me sleep. Upon my release, I was convinced I could do the impossible – use willpower to defeat mental illness. I threw out my medications.

During the next four years, I often experienced periods of deep depression split up with bouts of mania. I drank to excess, and I suspect some of my symptoms may have been brought on by alcohol consumption. After high school, I lived an erratic life, traveling, chasing my lost dreams of becoming a pilot, and moving in and out of psychiatric wards and hospitals. About age 30, I relapsed into a deep psychosis and was sent to a hospital again, for six long months.

It was during this extended hospitalization that I realized I had to change my life, and that it had to be a drastic change. I couldn’t go on like this. I became very serious about my medications, went to all of my appointments, and carefully listened to expert advice given to me by my treatment team. I took life skills courses and saw a therapist regularly.

Eventually my hard work and ability to teach and engage in public speaking led to employment as a creative writing teacher. In my spare time I wrote and published my ﬁrst book, “Through the Withering Storm” about my journey. I found even more work through my local Schizophrenia Society, talking about mental health issues to groups such as junior high and high school students, university nursing classes, and even the Edmonton City Police recruit class. After faithfully taking medication and staying in treatment, things kept on getting better.

I now live almost 100% independently. I have three different part-time jobs. Two of them involve teaching creative writing as a wellness skill to people who have psychiatric disabilities. I have also completed another memoir. Currently, I am working on a short story collection that I am hoping will prove I can write ﬁction with the best of them.

I do not consider schizophrenia to be the end of my life. With medications and treatment, I have academic ambitions again and a real future ahead of me. I would encourage anyone struggling with psychosis to know it can be overcome with patience, effort, medications, as well as group and one- on- one therapy. If you are struggling, reach out to a medical doctor or psychiatrist, be as open as you can about what you are experiencing, and get the treatment you need.
With proper care, and a good treatment team, recovery is always possible! 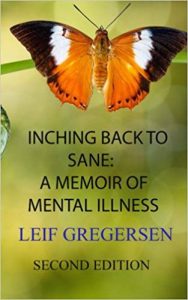 You can find writing samples, poems, blog entries and photos at: www.edmontonwriter.com