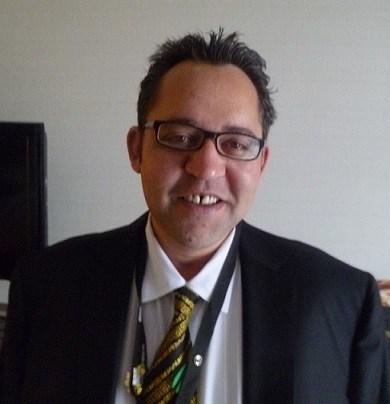 Ravi Sarin is 48 years old. Despite being diagnosed with schizophrenia at the age of 16, he has enjoyed 26 years of thriving life. Today, as a member of an ACT team, he helps people with mental illness find the treatment they need to rebuild their lives.

Ravi enjoyed a good childhood with a loving family and was a straight A student. At the age of 15, he began finding it hard to read, or even to carry on a conversation. He considered it his fault, believing he was not trying or studying hard enough. Despite his efforts, his grades went downhill.

At age 16 he heavily smoked marijuana, became paranoid and began hearing voices. After completely discontinuing marijuana his symptoms persisted. At the end of grade nine and into grade ten he became depressed and struggled with personality issues. He dropped out of high school, unable to study due to paranoia and voices.

When Ravi was diagnosed with schizophrenia at age 16, his condition initially felt hopeless, and his prospects for recovery seemed impossible. He spent the next seven years in Sunnybrook Hospital in Toronto. Due to frustration and anger that he had lost so much of his life, Ravi became suicidal.

In January of 1991, at 21 years old, Ravi moved from Toronto to Dallas, Texas where he would spend one year on a locked ward. In 1992, while in Dallas, Ravi began the medication clozapine.

After a few months on clozapine, Ravi was able to think more clearly. He attended hospital groups including art therapy, exercise, and daily Cognitive Behavioral Therapy (CBT). He became motivated to reclaim his life.

Ravi returned to Toronto where he found employment as a Personal Support Worker in a nursing home and later served on an Alzheimer’s unit. In 1995 He joined the Schizophrenia Society in Toronto and worked for the John Gibson House.

In 1995, while working part time with elderly individuals with mental illness, he developed a desire to do more. Ravi enrolled in night school to become a psychosocial rehabilitation practitioner, and graduated in 1999. Additionally, he became a clozapine representative for Novartis in 1998.

Today, using both his lived experience and his mental health counseling training, Ravi teaches the members of his Toronto ACT team how to better understand schizophrenia. He acutely recognizes the pressing need to support people with schizophrenia so they do not end up in a seemingly hopeless situation, unable to work or attend school, as he once was.

As a peer support specialist, Ravi supports a case load of 85 people who have been diagnosed with schizophrenia. He assists and encourages them as they journey toward recovery. He is passionate about assisting people to reenter society and reclaim their lives at the highest level possible.

Ravi will never forget his own remarkable ten year journey toward recovery. He encourages treatment resistant patients to try clozapine, the medication that has been most effective for him.