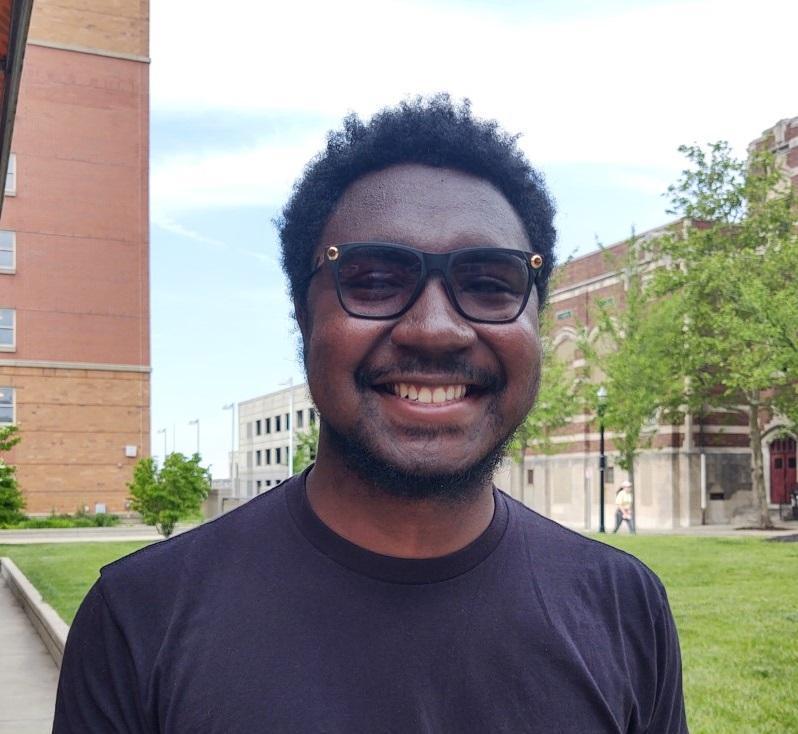 Tyson McGuire is a student at the University of Cincinnati working toward a bachelor’s degree in physics and a joint master’s degree in mechanical engineering. Following his high school graduation, he won a full ride to attend UC starting in fall of 2016. Prior to college, he knew very little about schizophrenia, let alone ever expected it would dramatically affect his life.

Tyson enjoyed a happy childhood with his younger sister and two half-sisters. When he was eight years old, his father left the United States to live in New Zealand. His mother, a school principal, remained a positive driving force in his life. Tyson excelled at piano, performing works by Liszt and Chopin, though he was primarily self-taught. He also learned musical composition independently.

During high school, he occasionally heard someone calling his name, although no one was there. When he shared this with friends, they didn’t understand, so he kept it to himself.

From the start of his University of Cincinnati experience, Tyson became depressed, missing his high school friends. In 2018, he climbed to the top of a parking garage on the campus, intending to jump. One of his friends recognized that Tyson was in danger, left class early to find him on top of the parking garage, and convinced him to return to the dorm. Another friend who heard about his situation called the police. Tyson was arrested and taken to a psychiatric hospital, but managed to convince the staff that he was apprehended by mistake. He was released only hours later.

From 2016 to 2018, despite depression, Tyson maintained high grades in his physics major. In summer of 2018, he did an internship at Fermi Labs in Chicago, and despite the stress, he enjoyed working forty-hour weeks. Tyson had always maintained an internal dialogue with himself, but during that time, a new distant voice appeared inside his mind.

One morning in 2019, Tyson woke up with a sharp pain in his chest which he believed was a heart attack. He hadn’t slept for two days and had been pacing around his dorm room. The shadowy figure was present in his peripheral vision. Later that day, he took an exam in Chinese and did well. When he confided about the heart pain to a friend studying medicine, she convinced him to see a family doctor. He consented to see a doctor with his mom.

At the appointment, Tyson recalls being introduced to a “new vocabulary.” The doctor suggested he may have schizophrenia, and could be suffering from hallucinations, paranoia and panic attacks. Nonetheless, believing that nothing was wrong with his mind, Tyson refused medication.

A few months following the appointment, as his symptoms were worsening, Tyson visited a psychiatrist recommended by the family physician. He was diagnosed with bipolar disorder with psychotic features and was put on a medication which made him drowsy, aloof and catatonic. He later tried another medication with little success. He was later diagnosed with major depression and psychosis. In

late 2019, he tried cariprazine which brought him to partial recovery and enabled him to continue classes. Finally, in late 2021, he tried clozapine, which cleared his mind and brought him to full recovery. His diagnosis was changed one more time, to schizoaffective disorder.

Today, Tyson is studying full time at the University of Cincinnati in his fifth year. He hopes to complete his joint physics major and engineering master’s degree in 2023. He also still plays the piano at a high level, studies Chinese with plans of becoming fluent, and in the future, hopes to study Russian.

On clozapine, all his hallucinations have disappeared. He now lives without paranoia, enjoying meaningful relationships with family and friends.

In an effort to learn more and give back, Tyson joined the University of Cincinnati’s CURESZ on Campus in 2021 and became president for the 2021-2022 academic year. Through sharing his story, he hopes to encourage other students to know that recovery is possible.

Following his graduation from UC, he hopes to pursue his PhD in science.