QUESTION AND ANSWER ABOUT CLOZAPINE
(PDF)

Taken from the CURESZ Newsletter Clozapine Series
in Issues 1-4 by Dr. Erik Messamore 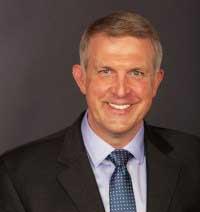 Erik Messamore is a psychiatrist and Associate Professor of Psychiatry at Northeast Ohio Medical University. He serves as the medical director of the University’s Best Practices in Schizophrenia Treatment (BeST) Center. He holds both an MD and a PhD in pharmacology. Dr. Messamore also served on the CURESZ Foundation Board of Trustees.

PART ONE OF FOUR

Q: Part of your work involves helping doctors use clozapine. What makes you so interested in this cause?

Clozapine saves lives and improves life quality in ways that other medications just can’t. Clozapine is the best medication for about 20% of people with schizophrenia, yet in the United States it’s used in just 4%. This means that about 16% of people with schizophrenia (almost half a million individuals) are denied the quality of life that can be realized with this unparalleled medication. I was once working at a state hospital and became the doctor for a lady with schizophrenia. Let’s call her “Anna.” She had been continuously ill for about 20 years, bouncing between the hospital, the street, and sometimes the jail. As a homeless person with severe mental illness, she had experienced a number of really horrible traumas. Anna had never tried clozapine because: 1) doctors assumed that she would not take the medication regularly, or that her “lifestyle” was too chaotic to be able to show up for the weekly blood tests; and 2) she was very afraid of needles so would refuse the offer of clozapine anyway.

To address her fear of needles, I prescribed an anesthetic cream that we would rub into the spot where we were would draw blood. The anesthetic cream to numb the skin helped Anna feel comfortable with blood testing and she agreed to try clozapine.

Within two months, we saw the real Anna. She was a delightful lady with a sense of humor. She was able, for the first time since becoming ill, to actively participate in her discharge planning.

She took her medication regularly because she felt that it really helped her. (The reason she would stop taking her prior medications is because they were not really helping in ways that mattered to her.) She went on to get her own apartment and began to create the kind of life she wanted. Clozapine helped her break the cycle of illness and homelessness and allowed Anna to reclaim a life in which she was in charge.

For a variety of reasons, many doctors in the United States don’t offer clozapine to their patients with schizophrenia. Part of my work these days is to assist doctors or psychiatric nurse practitioners to use clozapine so that they can see for themselves that success stories like Anna’s are actually very common with this uniquely effective medication.

Q: Clozapine is sometimes called a “wonder drug.” Do you agree with this?

I’m not a fan of labels like “wonder drug” for medications. The most successful outcomes are usually the result of a treatment approach that combines multiple approaches like psychotherapy, environmental modification, bolstering social support, and helping people to reconnect to the things in life that give them meaning, purpose, and joy. Labeling a particular medication “miraculous” creates a risk of over-focusing on one approach even when others are also valuable. On the other hand, clozapine does appear to have a higher level of treatment effectiveness than any other medication for schizophrenia and can be uniquely effective in cases where other medications have failed. The average patient will have spent several years dealing with inadequately effective medications before she/he is offered clozapine. To someone who has struggled with symptoms for so long, finally being on a truly effective medication certainly can feel miraculous.

Q: Why do some doctors and psychiatric nurse practitioners not have much experience in prescribing clozapine?

Generic forms of clozapine became available in the late 1990s. When a drug becomes available as a generic, it is no longer actively publicized by a drug company. There is no more advertising in professional journals, no promotion at conferences, no one coming to your office to help answer questions. Around the same time, several other new “second-generation” or “atypical” medications were coming onto the market, and these newer medications were extensively promoted by their manufacturers. Corporate promotion of clozapine vanished while publicity for less effective newer drugs flourished. You would think that medical schools and the programs that train psychiatrists would pick up the slack. But this did not happen across the board. The national organization that dictates the training curriculum for the country’s residency programs does not specifically address clozapine instruction. Whether a particular training program offers clozapine-specific training is up to the individual program. It’s not a national standard. So it is entirely possible for a new psychiatrist to enter practice with no firsthand experience to prescribe clozapine and to observe its often-remarkable benefits. Absent from this experience, a newly-minted psychiatrist may enter practice unprepared to use this medication. The situation is the same for psychiatric nurse practitioners. These gaps in training have created what I call a lost generation of clinicians who are hesitant to use clozapine.

Q: What do you think makes clozapine effective in situations where other medications have not been?

Q: How does someone know if they have a high-dopamine or a normal-dopamine form of schizophrenia?

It’s possible to measure dopamine signaling in humans, but the techniques are not available outside of research studies. On the other hand, medication response patterns can be useful guides. If symptoms respond to dopamine signal adjusting medications, it’s quite likely that the psychosis was of the high-dopamine type. On the other hand, if symptoms have not much improved despite adequately-dosed dopamine signal-adjusting medications, then a normal-dopamine psychosis is likely. Paying attention to medication response is an indirect method of finding out if someone has a high-dopamine schizophrenia or a normal-dopamine schizophrenia.

Q: What severe side effects have you seen in patients who take clozapine?

Most people fear the possibility of suppressing the white blood cell count with clozapine. Because white blood cells are a first line of defense against infection, a drastic reduction in their numbers can lead to very serious infections. Though having small dips in white blood cell count is relatively common, most are temporary and insignificant. Having a medically serious white blood cell suppression from clozapine is actually rare (less than 1%). Getting an infection from such suppression is even more rare because the white blood cell count is measured frequently. The most common medically serious complication from clozapine is related to constipation. In its more severe forms, constipation can lead to a medical emergency. It’s important to pay attention to the frequency of bowel movements and to take medications if necessary to ensure regular bowel movements. I have worked as a consulting psychiatrist for most of my career. The patients I see have only partially benefited from many prior treatment attempts. I have probably seen every possible side effect from clozapine during my career, but this is because I have worked primarily with patients with the most complex forms of illness. Many of clozapine’s side effects can be prevented by not using high doses, and by taking care to de-prescribe medications that won’t be needed once clozapine reaches therapeutic levels. Weight gain is a risk with clozapine, but can be minimized or prevented by diet and exercise, possibly combined with medications like metformin or liraglutide that promote weight loss. There are similar work-arounds for several other of clozapine’s possible side effects. Knowing what to look for allows early detection of potentially serious side effects and early intervention to prevent harm.

Q: What is the most important thing you share with doctors who are learning to use clozapine?

It’s possible to measure dopamine signaling in humans, but the techniques are not available outside of research studies. On the other hand, medication response patterns can be useful guides. If symptoms respond to dopamine signal adjusting medications, it’s quite likely that the psychosis was of the high-dopamine type. On the other hand, if symptoms have not much improved despite adequately-dosed dopamine signal-adjusting medications, then a normal-dopamine psychosis is likely. Paying attention to medication response is an indirect method of finding out if someone has a high-dopamine schizophrenia or a normal-dopamine schizophrenia.

Q: What advice would you like to offer to other doctors who prescribe clozapine?