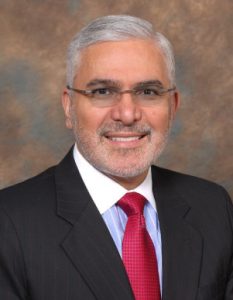 By Henry A. Nasrallah, MD
Executive Vice-President and Scientific Director, The CURESZ Foundation

Schizophrenia is a complex neuropsychiatric syndrome with multiple symptom domains. The most recognizable symptom cluster is psychosis, which is the reason many patients are initially hospitalized. However, most patients with schizophrenia also suffer from 3 other symptom clusters including negative symptoms, cognitive impairments and mood symptoms. In fact, the negative and cognitive symptoms are what causes functional disability, even after the psychotic symptoms subside with antipsychotic medications.

Negative symptoms were not widely recognized until the 1980’s. Prior to that, the focus in schizophrenia was on the psychotic symptoms like hallucinations and delusions. The persistence of negative symptoms after the psychosis is controlled led to many studies that characterized the various negative symptoms, which are essentially deﬁcits that impair social and vocational functioning.

The following are the negative symptoms of schizophrenia, which are usually observed by the family or the psychiatrist, rather than the patients themselves:

1. AFFECT PATHOLOGY This refers to a ﬂat, blunted or restricted facial expression. In addition, there is poor eye contact, decreased spontaneous movements, a monotone speech (reformed to as aprosody), and failure to recognize the facial expression of other people (such as neutral, angry, sad, disgusted or anxious).

2. ALOGIA Which means a reduction in the quantity of thought, and poverty of speech, speaking in monosyllables rather than sentences. Sometimes, patients may suddenly stop speaking in mid-sentence (called “blocking”) which is an interruption of thought. There is often a prolonged pause before responding to a question.

3. ASSOCIALITY Which is absence or reduction of interest in having social relationships or interacting with others. Patients also are unable to feel intimacy or closeness with others.

4. AVOLITION AND APATHY Which is the loss of the ability to initiate or persist in a goal-directed activity. This includes not bathing, poor grooming, and not doing anything all day, often misconstrued as “laziness.”

5. ANHEDONIA Which is the loss or reduction in the capacity to experience pleasure, manifested by lack of interest in enjoyable activities. This is also a decrease in sexual activity, interest or enjoyment. Unlike the anhedonia of depression, it is not reversible in most patients.

6. INATTENTIVENESS Which is the inability to maintain a task or involvement / engagement for a reason- able period of time. The patient appears engrossed in an internal world to the exclusion of external tasks.

7. ANOSOGNOSIA Also referred to as non-awareness of illness. The patient lacks insight into one’s illness or disability. It can also be regarded as a cognitive deﬁcit. This lack of insight prevents patients from seeking treatment or help to alleviate symptoms or to solve personal problems. Anosognosia can be reversible with continuous adherence to antipsychotic therapy.

Researchers sometimes classify the above negative symptoms into 2 major subdivisions:

1. Diminished Expression, which includes affective ﬂattening and alogia, and

2. Apathy / avolition, which includes lack of motivation and asociality.

In contrast to psychotic symptoms for which dozens of medications are available, there are no treatments yet for negative symptoms. It is a huge unmet need in the ﬁeld of schizophrenia. Many attempts have been futile so far to develop a pharmacological treatment for negative symptoms. Thus, psychotherapy is the main approach to help patients recognize and overcome their negative symptoms. Occupational and recreational therapies can also be helpful. There are a couple of promising medications on the horizon, but none has been approved by the FDA yet.