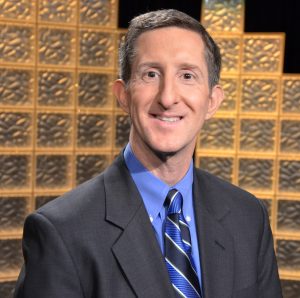 Clozapine is the only effective medication for treatment resistant schizophrenia, with response rates in the range of 40%-60% compared to <5% for other antipsychotics.1 Despite this, clozapine is significantly underutilized with up to 8-fold variation in rates of clozapine use between states.2 In the U.S., the main barriers to clozapine use rest on two issues: the burdens of monitoring and prescriber fear.3

These two issues are intertwined and relate to the association between clozapine use and serious decreases in infection fighting cells (i.e. neutrophils) in 1% of patients. Clozapine’s U.S. approval (1989) came with mandatory monitoring to track neutrophil counts: weekly for 6 months, every 2 weeks for the next 6 months, and monthly thereafter. While this has nearly eliminated serious outcomes from clozapine-related neutropenia, the fear which this (and other unusual adverse effects) aroused dissuades many clinicians from using clozapine with the net result that many did not learn how to use clozapine. Although data indicate that clozapine use lowers mortality,4 many clinicians overestimate the risks of treatment and, sadly, subject patients to multiple trials of other agents with little chance of therapeutic beneﬁt. While mandatory monitoring has vastly improved safety, it poses a number of difficulties for patients: travel costs, time, possible need for assistance to travel, discomfort from the blood draw, concerns among some about uses of their specimen, and the impact of delays in receiving the next prescription. Clozapine dispensing is tightly tied to pharmacy notification of blood results, and the quantity dispensed matches the interval to the next blood draw. For those on weekly testing, a delay of 24 hours in going to the lab or transmitting lab results places the patient in jeopardy of running out of clozapine.

Yet, there is hope. At the state hospital system to which I consult, a regular lecture series on clozapine increased prescribing more than 2-fold. Moreover, healthcare systems in New York and the Netherlands showed that supporting prescribers facilitates greater clozapine use. Knowledge is indeed power, and clinicians in the U.S. have two new resources to facilitate clozapine prescribing: one is a handbook that I co-authored inspired by the lack of clinically oriented published resource on clozapine;1 the other is a web-based educational site that (importantly) also provides clinical consultations to registered users (https://smiadviser.org). This initiative is free, and is sponsored by the American Psychiatric Association and the Substance Abuse and Mental Health Services Administration.

For patients, monitoring burdens may be lessened by a newly approved point-of-care (POC) device that uses a small drop of blood from a finger stick. The first of these devices (http://athelas.com) not only provides results within minutes, the results are automatically transmitted to the monitoring system so that medication can be delivered to the patient’s home within 24 hours. The discomfort is less, there is no risk of delay between obtaining the results and medication dispensing, and the patient sees exactly how their blood specimen is used. The lack of delay means that a patient can have the test done anytime, and in almost any setting with trained personnel.

The clozapine renaissance has begun.