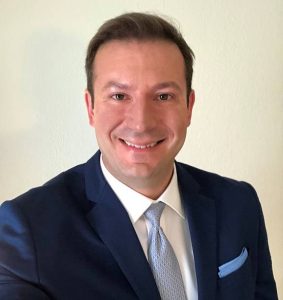 My last column discussed that the removal of the medication that causes Tardive Dyskinesia (TD) rarely results in remission, and therefore requires its own speciﬁc treatment. However, there were no FDA approved treatments prior to 2017. The few options for which the American Academy of Neurology (AAN) made even a moderate recommendation had signiﬁcant problems: clonazepam has a serious risk of physical dependency, and certain over- the- counter supplements like ginkgo biloba have been found by the U.S. Government Accountability Ofﬁce to contain much less than the amount advertised, or even none.1

Worse yet, the medication that seems to have become the de facto standard-of-care in the U.S. for nearly all drug-induced movement disorders is benztropine (“Cogentin”). Not only does it carry a heavy side-effect burden, its use in TD has been categorized as “unsubstantiated” by the AAN because there have been no controlled clinical trials. Even the manufacturer’s ofﬁcial prescribing information says benztropine does not help TD and can aggravate its symptoms.2

Tetrabenazine is a medication from the 1950s which was not originally intended to treat TD but was found to have some beneﬁt in other hyperkinetic movement disorders. Tetrabenazine inhibits a protein called VMAT2, which collects dopamine for release. People with TD have hypersensitive motor circuits, so inhibiting VMAT2 reduces the amount of dopamine released into those areas, alleviating some of the symptoms. Unfortunately, the active components of tetrabenazine are eliminated from the body so quickly, it must be taken 3 times a day and leads to greater side effects, which limited its use.

In 2017, the FDA brought new hope to those suffering with TD by approving two highly effective medications to treat it. Both valbenazine and deutetrabenazine were derived from the tetrabenazine prototype but delivered improvements in side effects and convenience by slowing its metabolism – each with a different twist. Valbenazine slows elimination by elegantly attaching the amino acid valine to the component of tetrabenazine that is the most potent and selective. Deutetrabenazine slows the elimination by cleverly swapping 8 of tetrabenazine’s hydrogen atoms for those of a close variant of hydrogen called deuterium.

Valbenazine and deutetrabenazine are both usually well-tolerated and have roughly similar beneﬁts on average. Depending on the person, one may be more favorable than the other, and each has a different trade-off. Valbenazine has two once a day dosing options, both of which can be therapeutic. Deutetrabenazine has more potential dose options, but must be taken twice a day and requires titration over several weeks to the effective doses. VMAT2 inhibitors only treat the symptoms of TD and are not curative. If treatment with any of them is stopped, the symptoms return to where they were before treatment. Still, an increasing focus of psychiatric research involves circuits in the brain that utilize the neurotransmitter glutamate, which facilitates “synaptic plasticity,” essentially the brain’s ability to rewire itself. It will take much more investigation, but it is theoretically possible that future medications that modulate glutamate signaling could be found to help the brain remodel itself from the damage of TD.

Perhaps the dawn of hope for TD has only begun!