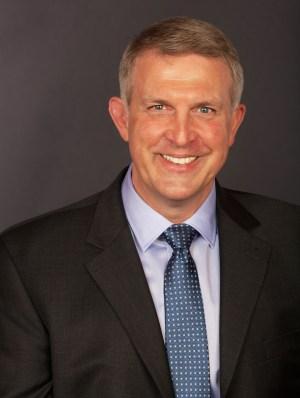 PART ONE OF FOUR

Q: Part of your work involves helping doctors use clozapine. What makes you so interested in this cause?

Clozapine saves lives and improves life quality in ways that other medications just can’t. Clozapine is the best medication for about 20% of people with schizophrenia, yet in the United States it’s used in just 4%. This means that about 16% of people with schizophrenia (almost half a million individuals) are denied the quality of life that can be realized with this unparalleled medication.

I was once working at a state hospital and became the doctor for a lady with schizophrenia. Let’s call her “Anna.” She had been continuously ill for about 20 years, bouncing between the hospital, the street, and sometimes the jail. As a homeless person with severe mental illness, she had experienced a number of really horrible traumas. Anna had never tried clozapine because: 1) doctors assumed that she would not take the medication regularly, or that her “lifestyle” was too chaotic to be able to show up for the weekly blood tests; and 2) she was very afraid of needles so would refuse the offer of clozapine anyway.

To address her fear of needles, I prescribed an anesthetic cream that we would rub into the spot where we were would draw blood. The anesthetic cream to numb the skin helped Anna feel comfortable with blood testing and she agreed to try clozapine.

Within two months, we saw the real Anna. She was a delightful lady with a sense of humor. She was able, for the first time since becoming ill, to actively participate in her discharge planning.

She took her medication regularly because she felt that it really helped her. (The reason she would stop taking her prior medications is because they were not really helping in ways that mattered to her.) She went on to get her own apartment and began to create the kind of life she wanted. Clozapine helped her break the cycle of illness and homelessness and allowed Anna to reclaim a life in which she was in charge.

For a variety of reasons, many doctors in the United States don’t offer clozapine to their patients with schizophrenia. Part of my work these days is to assist doctors or psychiatric nurse practitioners to use clozapine so that they can see for themselves that success stories like Anna’s are actually very common with this uniquely effective medication.

Erik Messamore is a psychiatrist and associate professor of psychiatry at Northeast Ohio Medical University. He serves as the medical director of the University’s Best Practices in Schizophrenia Treatment (BeST) Center. He holds both an MD and a PhD in pharmacology. Dr. Messamore serves on the CURESZ Clozapine in Schizophrenia Experts Panel (CLOSZE).