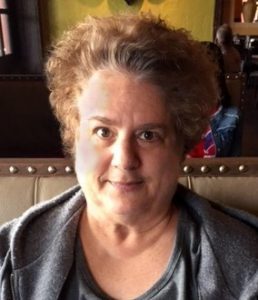 My story has a happy ending, but it began with a catastrophe. I was in a PhD program in history when I came down with schizoaffective disorder. Unfortunately, before anyone could stop me, I broke from friends, family, and professors and lived alone in a ratty apartment for seven long months. Delusions became my only companion. Finally, after trying to jump off a building, I was detained by a small group of understanding policemen. Fortunately, these officers recognized that I was ill, but not a public threat.

So began a difficult period of two hospitalizations, and a five-year search for the right combination of medications. My psychiatrist dedicated himself to supporting my hopes in life. I was reunited with my family. However, anyone who knows anything about mental illness realizes that it may damage your life and alter everything you once knew.

That had happened to me. The real direct challenge I faced was what was I going to do with my life if I couldn’t be a professor anymore, my long-cherished dream?

I thought I had an answer: I would become a nonfiction writer in my field of seventeenth-century British history. I couldn’t wait, and I had big dreams. I tried to work toward this goal for years, focusing all my time and all the energy I could muster on making a book a reality. But it seemed to all be for nothing.

I had trouble doing the necessary research long term. In fact, I found that after a while I could no longer concentrate on historical events or synthesize them at all. There were just too many facts. They blew in like leaves in a storm round and round my head. I still wonder if it was the disease or the medication that destroyed my ability to analyze and synthesize data.

To tell the truth, for some time, I was despondent. But I refused to give up or give in to despair. I continued to write for journals and magazines as often as I could, pushing myself to meet the demands of my ambition and dreams. And then one day to my utter surprise, something clicked, and it was an unexpected turn that made all the difference.

It was the day when I decided to write a poem again, an art I had once practiced but also had long since abandoned. I found that writing poetry once more was a source of the deepest delight and creative freedom. It was something I found myself capable of doing. Before long, I spent as much time as I could writing poetry. I wrote and wrote for years. My output was severely limited because of illness; yet, eventually I completed two books of verse.

One was a children’s book of pirate poems (ages seven through twelve). The book was rooted in real historical events and drew on my knowledge of the Golden Age of Piracy in the seventeenth and eighteenth-century colonies of the Caribbean.

My other book of poetry followed in the Christian tradition of writers such as John Donne and George Herbert. This book of Christian devotion took all my heart and strength to complete. But when I was writing, I hardly felt sick anymore. I forgot my illness and the crippling sedation of the antipsychotic medications. To write meant I was alive again and in love with words. As well as it could, my heart spread its tattered wings and soared.

And so, in the end, I do find myself a writer, branching out to new fields with hope and anticipation. Having published two books, I’d like to turn to helping others now rather than just myself. To this end, I’m pursuing writing Christian material for prisons in America, though I don’t know yet where this will lead.

Through hard years of disappointment and experience, I’ve learned that hope is real and not illusory. You never know where life may take you. No matter what, always look to the future with hope. It may take a while, but you can succeed in creating a rich and satisfactory life again. All you need is perseverance, motivation, and hard work, and you too may create a life that is full of purpose and delight once more. 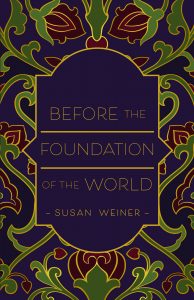 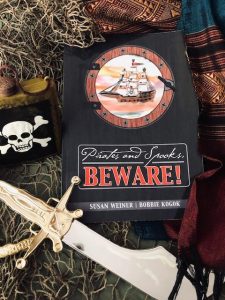 Susan’s poetry, published by Belle Isle Books, may be seen or purchased at Susanweinerbooks.com. There you may also contact her if you wish.