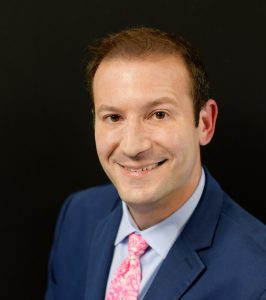 March 2021 marks a year since the U.S. declared the COVID-19 pandemic a national emergency, and the healthcare world is still trying to sort out the details. In an instant, telemedicine went from being a niche service to a baseline expectation for healthcare providers in every setting, from large healthcare systems to private practices.

Unlike many other specialists, most psychiatrists don’t require a significant amount of equipment to do our jobs, so one would think that the field would be ideal for transitioning smoothly to telemedicine. However, many psychiatrists did so very begrudgingly— myself included. In almost every facet of my life, I am an avid user of every piece of technology I can get my hands on. However, in my clinical practice, I insisted on face-to-face appointments and handwriting my notes to keep eye contact as much as possible. But desperate times called for desperate measures, so I became a temporary telepsychiatrist overnight. Early on, there were two common concerns I heard from colleagues: that people with schizophrenia would have difficulty using the technology required for telemedicine or that delusions or hallucinations would be too disruptive to appointments.

My experience, however, has been different. On the whole, I’ve found people with schizophrenia to be very comfortable with navigating technology. More troubling has been the so-called “digital divide,” which refers to the fact that not everyone in the country has equal access to fast, stable internet connections and adequate hardware to take advantage of it. I have also not seen psychosis present a source of problems that would not have been equally challenging if the person was in the same room. However, it can be more difficult for a clinician to assess the scope and severity of psychosis virtually, so I’d recommend patients try to be more proactive with voicing the symptoms they’re experiencing. Many people also find it helpful to make a list of topics they want to discuss ahead of time. Of course, schizophrenia is so much more than just the positive symptoms. I have noticed that some people who have more prominent cognitive symptoms of schizophrenia have been somewhat more distracted. On the other hand, many people with more prominent negative symptoms seem more at ease in our virtual interactions than face-to-face.

Telemedicine has also shown usefulness as a supplement to in-person care, not just a replacement. A dilemma for people who are prescribed Long-Acting Injectable antipsychotics (LAIs) in the pandemic has been that they absolutely require in-person administration. I believe that LAIs are life-saving interventions, so I had to figure out how to continue offering injections while doing my part to keep everyone healthy. Early on, I transitioned people to LAIs that can be injected in the shoulder to allow people to drive-up and receive the injection while remaining in their car. As we gained confidence in our ability to use masks and distancing to reduce infection risk, I started to bring people who need LAIs administered in the hip muscle back in the office to do so. After I administered the injection, we conducted the remainder of the visit virtually to reduce the chance for transmission of the virus.

There have also been clear positives to the widespread usage of telemedicine. The elimination of travel time has made it easier for people to schedule appointments around other obligations. As a result, I’ve been able to work people in more quickly when they need an appointment urgently, people who live far from the office have been able to schedule more frequent meetings, and the number of missed appointments has decreased. Telemedicine has also empowered people to reach out beyond their local geography to seek out specialist care. It’s easier than ever for people who live in rural areas to access treatment or a second opinion from a specialist in schizophrenia across the state or beyond.

They say that necessity is the mother of invention. While the transition’s urgency caused us to get some things wrong, both clinicians and patients adapted quickly. The result has transformed healthcare in a way I don’t see us abandoning. Whatever telepsychiatry ends up looking like, one thing is clear: it is the future of medicine in some form or another.