Why Learning to LEAP is Key

Why Learning to LEAP is Key 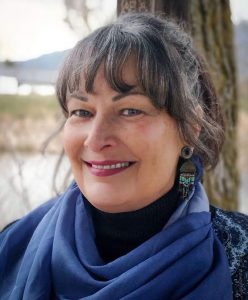 I’m the mother of an adult son who was diagnosed with schizophrenia almost twenty years ago. At the onset of his illness, trying to convince him that he was symptomatic only made things worse. I remember telling him that devils really weren’t coming out of the TV only to find him more distressed and agitated.

For years, I struggled to communicate with my son as he spiraled downward, lacking any insight into his schizophrenia.

Finally, I read Dr. Xavier Amador’s book I Am Not Sick, I Don’t Need Help where he described a badly needed strategy for effective communication with the seriously mentally ill who lack insight. This strategy described in his book is called LEAP.

LEAP stands for Listen, Empathize, Agree and Partner. It is a method for developing trust and cooperation (partnership) with someone who is experiencing psychosis and anosognosia (lack of insight into their illness). Anosognosia is a symptom of a brain disorder and the reason treatment is refused.

One of the main quotes from LEAP says it all, I think. “You do not win on the strength of your argument; you win on the strength of your relationship.” Our usual first response when we encounter psychosis, delusions and paranoia is to “correct” our family member’s perspective. We might try to educate them about their brain disorder and the importance of compliance to medication/treatment. LEAP also states, “Research shows that the symptom of anosognosia is not responsive to treatment and education. Attempts to educate and confront the person only result in anger, alienation, and avoidance of treatment. The ‘usual approach’ not only doesn’t work–it makes matters worse.”

When I started to use the LEAP techniques, I stumbled a lot. Learning to “Listen” as LEAP suggests was different and took some adjusting. But it was well worth it! Our conflicts became less frequent and less intense. I was building trust that reached into his delusions and psychosis even when we didn’t agree. Once I asked him, “Do you think you’re ill?” The reply of course was, “No!” Then I asked, “Why do you take your medication then?” Bracing myself because I was entering into unknown territory, the reply moved me to tears. His reply was, “Because I know you have my best interest at heart. Even when I don’t agree with you.”

Once I started to apply LEAP, I was able to understand his distress better and WE found a way to resolve the problem. When he told me devils were coming out of the TV, we unplugged it. Not all difficulties can be solved by LEAP, but I have found it can protect my relationship with my family member.

By using LEAP, I was also able to learn what my son’s hopes and expectations were for the future. I learned how I could better help him in all phases of treatment, support and goal setting (recovery). LEAP even helped me during the time he became noncompliant with his medication. Although inside I was shaking with anxiety and fear of what could happen if he stayed noncompliant, I did my best to calm myself, and used LEAP. My son agreed to discuss his feelings about his medication and dosage with his psychiatrist (who he also trusts), and they partnered on an adjustment that worked. His “relapse” was minimalized. I have found that, for me and my family, LEAP was the key we needed to unlock trust in our relationship.