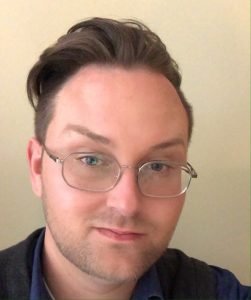 In 2017, 10.6 million adults in the United States had serious thoughts of committing suicide, 2.8 million made suicide plans, 1.3 million attempted suicide and 47,173 died by suicide as reported by the National Institutes of Mental Health (NIMH).  The World Health Organization estimates that 1 million people across the word die by suicide each year at a rate of 3 people every 2 minutes.

Death by suicide in those with schizophrenia occurs at a rate much higher than that of the general population, sometimes reported as high as 13,000 per 100,000 people with this disorder compared to 13 per 100,000 in the general population.  It is the largest cause of premature death in this population.  The risk of death by suicide is highest in the first 2 years after the onset of schizophrenia and occurs more often in males, those with co-occurring depression and substance use disorders as well as those with a history of suicide attempts.  So often, the focus of treatment in schizophrenia is reduction in hallucinations and delusions, but clearly, an important part of any treatment plan involves suicide prevention strategies.

Prevention of suicide in schizophrenia requires breaking down barriers around the stigma of mental illness and bringing discussions of this topic into the light, whether with clinicians, family members or support groups.  This is a challenging task given the stigma that already exists, even amongst those affected by this brain disorder.  It has been reported that most people who commit suicide give definite warnings about their intentions and often do so in ample time before an attempt.  Additionally, a majority of people who are suicidal are ambivalent about death.  This contradicts stigma that suicide occurs in people who never discuss it, without warning and who are intent on ending their lives.  The high risk of suicide in persons with schizophrenia mandates that we must discuss this topic openly, without bias and without fear of negative consequences.  Increased awareness of suicidal thinking is, in fact, associated with decreasing the risk of completed suicide.

Universal prevention strategies must include dissemination of accurate information through media outlets and dispelling inaccurate and biased information that marginalizes individuals with a predilection toward suicide. Restricted access to highly lethal means of suicide (such as guns) has been shown  to reduce the incidence of suicide and requires that, as a society, we advocate for laws and regulations that protect our vulnerable citizens, even in the face of sharp criticism from opposition.

Selective strategies must target those at risk for suicide and require broad screening of these populations; having frank and open discussions about suicide.  We must educate and train all members of society to manage issues of suicide in the same vein as interventions such as Cardiopulmonary Resuscitation (CPR), a widely known treatment for cardiac arrest with education provided in many sectors of society not limited to health care professionals.  Imagine if raising suicide awareness is established as a requirement in the same way various occupations and activities require CPR training and what this could do to reduce completed suicide.

Individual strategies involving patients with schizophrenia must include family, community and physician involvement.  Psychiatrists must be educated about the clear benefits of clozapine in reducing suicide risk in those with schizophrenia (Meltzer et al, 2003) as studies demonstrate this treatment is widely underutilized.  Community collaboration, in which multidisciplinary teams are available to provide a range of supports for those with schizophrenia, such as Assertive Community Treatment (ACT) should be standard of care and more easily accessible to all segments of society.  Family education, social skills training and cognitive behavioral treatments, were they easily accessible to all patients, regardless of insurance and ability to pay, would similarly have a significant impact on suicide prevention.

In summary, we must, as a society, recognize the high risk of suicide among those in our communities living with schizophrenia as a first step toward prevention.  We must reduce stigma surrounding this brain disorder and suicide and be aware of risk factors.  We must advocate for legislation and healthcare reform.  Perhaps most of all, we must act as a community to surround this sect of our population with support and increase access to effective care.

Awareness of Disorder and Suicide Risk in the Treatment of Schizophrenia: Results of the International Suicide Prevention Trial. Bourgeois M et al.  Am. J Psychiatry.  2004.  161:1494-1496