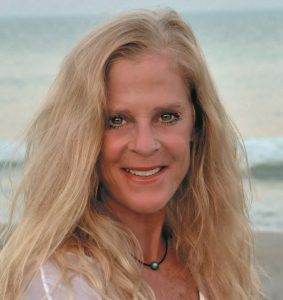 Rebecca Schaper,
Author of The Light in His Soul: Lessons from My Brother’s Schizophrenia

In 1977, Call Richmond suddenly disappeared from his home in Greenville, South Carolina. Call was in his late twenties at the time. Since college, he had slowly become more reclusive and depressed. His family heard from him occasionally on holidays such as Thanksgiving and Christmas when he would phone. His sister Rebecca was especially fond of Call and tried unsuccessfully to find him.

In 1997, after being missing for twenty years, Call arrived unannounced at Rebecca’s mother-in-law’s house, saying simply “I’m Call.” Rebecca became Call’s primary caregiver. When Rebecca first met her brother after twenty years, she could tell something was very wrong. He was hallucinating and unable to carry on a normal, coherent conversation with Rebecca. Rebecca took Call to see a psychiatrist, and he was diagnosed with schizophrenia.

Call’s road to recovery was not easy.  His psychiatrist initially prescribed Haldol, which left him with a flat affect and unmotivated. Rebecca persevered to find better options for her brother. She frequently drove two hours from Atlanta to Greenville to see Call. She helped him work with a doctor to finally find an effective medication with fewer side effects. Rebecca also took Call to get a haircut, to be fitted for dentures and to buy new clothes. She helped Call find a social worker who met regularly with him and helped him find his own apartment. His social worker taught him how to clean, cook, and buy groceries.

During Call’s recovery, Call shared his memories of the onset of his illness. Just a few months before Call was supposed to graduate from Presbyterian College, he dropped out of school and moved into a dirty cabin in the woods of Greenville, South Carolina, alone. Wanting no one to know how far he had fallen, he got on a train and traveled across America, working various odd jobs all over the country.

Through Call’s recovery process, Rebecca learned of the history of schizophrenia and depression in her family.  Although her family seemed “picture perfect” (her mother Mary had been a debutante, they lived in a lovely home and their father was well employed at a textile firm), her mother struggled with a psychiatric illness.

Rebecca remembered spending the night at a friend’s house when she was young. At the time Rebecca was unaware that her mother Mary suffered from a psychiatric illness. Her parents had kept Mary’s psychiatric illness a secret. Mary was also abusing medications and drinking to cope. Mary suffered from extreme anxiety, and soon began to experience hallucinations. Rebecca remembers her mother talking with imaginary people on her back porch. Mary had two suicide attempts at the beginning of her marriage and in her 40’s. She was committed four times to a local psychiatric ward, Marshall Pickens. Mary died of an overdose in 1977 when Rebecca was 23.

In 2006, Call became very depressed and relapsed. His constant need for Rebecca’s time was difficult on her family. At the time, Rebecca’s daughter was also in a facility undergoing treatment for anorexia. It was tough for Rebecca to divide her attention between her brother and her daughter.

Call passed away in 2012 of colon cancer at 61 years old. In 2007, Rebecca asked him what advice he would offer to someone who had his illness. He said “Go see a psychiatrist and get started on medication.” Call had finally learned that the key to his recovery was participating in treatment, and for many years, he was able to live a happy, meaningful life.

Today, Rebecca’s daughter Kim is recovered and a thriving entrepreneur helping other women empower themselves with self-image, balancing hormones and body issues. Rebecca is grateful that she was able to support and assist in Call and Kim’s recoveries.  She is also thankful that others in her family provided support to her so that she could provide the caregiving necessary to Call and Kim.  Rebecca’s daughter Lauren, Lauren’s husband, Gabe, and Rebecca’s husband, Jim were especially supportive during the challenging times with Call and Kim.