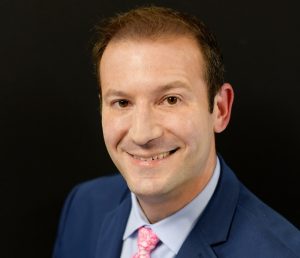 What’s the use of saving someone’s life psychiatrically if we let them die over a decade earlier from cardiovascular disease? My psychiatry training program had the ethos that one is “a physician first, and a psychiatrist second,” so I have increasingly asked myself this question over the past several years. In addition to being a severe brain disease, schizophrenia is also associated with a greater risk of many other physical disorders, referred to as comorbidities. Common comorbidities include obesity, cardiovascular and metabolic disease (e.g., diabetes or high cholesterol), respiratory illnesses, infectious diseases, and many others.

People with schizophrenia have more than double the mortality rate, and the lifespan is reduced by 10-25 years compared to the general population (1). While part of this difference could be due to the much higher risk of suicide (12 to 170 times higher than the general population), the number of excess deaths from cardiovascular disease alone outnumber those resulting from suicide for people with schizophrenia (2,3). Perhaps it’s time to start thinking of comorbidities as an emergency the way we do suicide!

We should also consider that many people with schizophrenia are socioeconomically disadvantaged. This increases the likelihood of having lifestyle risks such as smoking, lack of exercise, and unhealthy diets. They may also lack access to regular preventative medical care due to an overwhelmed medical system, insurance problems, or transportation issues.

This is a powder keg of risk factors and on top of that, most antipsychotics have some degree of weight gain or other metabolic problems as potential side effects.

“People living with schizophrenia deserve a life with both
mental stability and good physical health.”

Psychiatrists have a significant challenge in figuring out how to proceed when these complications develop. A common strategy is to switch the person to an antipsychotic with a lower risk, such as ziprasidone, lurasidone, cariprazine, or lumateperone. However, the antipsychotics that carry the highest risk for these obstacles also have some of the best reputations for efficacy, including clozapine and olanzapine. Antipsychotics are usually not interchangeable when it comes to maintaining treatment response, so this puts the person at risk of relapse.

Finding the balance between benefits and side effects can be like walking the razor’s edge at times. Both are important, but which one should we prioritize? The National Institute of Mental Health performed a large clinical trial to answer questions like this. The CATIE study took a more “real-world” approach by comparing antipsychotics on the length of time people with schizophrenia continued to take them. This is based on the theory that if someone keeps taking a medication over the long run, the benefits must exceed the drawbacks. People stayed on olanzapine longer than the other antipsychotics tested despite having the highest amount of weight and metabolic side effects, presumably because of its superior efficacy (4). CATIE also highlighted the unfortunate lack of medical care for people with schizophrenia. Participants in clinical trials generally get a higher level of care than in the general community, but 30% of participants with diabetes, 62% with high blood pressure, and 88% with high cholesterol were not receiving any treatment for these conditions (5).

The saying that “an ounce of prevention is worth a pound of cure” is common for a reason. It’s much harder to lose weight than it is to prevent weight gain from happening, so waiting until after weight gain occurs to react isn’t usually a good strategy. As such, it’s becoming increasingly common for psychiatrists to prescribe metformin (also used in type 2 diabetes) at the start of treatment with an antipsychotic to reduce the risk of weight gain proactively. Similarly, there’s a promising medication in development called ALKS 3831, which could be approved by the FDA in early 2021. It combines the highly effective antipsychotic olanzapine with a different medication that reduces weight gain potential, samidorphan, into a single pill.

It may not be obvious to think of physical health as part of the psychiatric treatment plan, but it’s essential to do so. Getting started may seem overwhelming, so here are some action items to help people with schizophrenia fight back against the physical toll it can take on their body:

1) Talk to your psychiatrist about your physical health and ways they can help you support it.

2) Keep track of changes in your weight and size of your pants, as the waist size is a useful predictor of metabolic syndrome.

3) Be sure to have regular checkups with a primary care provider.

People living with schizophrenia deserve a life with both mental stability and good physical health. As we move into 2021, make fighting for the best of both worlds your New Year’s Resolution!