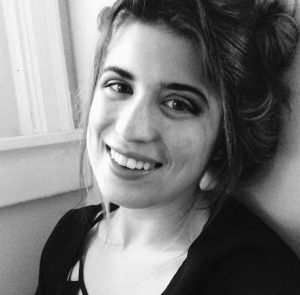 Navigating mental health and mental stability has been a long and often tumultuous journey for me. To get to the point I’m at today hasn’t been easy and has often been filled with struggles and moments where I felt like I wasn’t going to make it. But mental illness has allowed me to understand and feel enormous amounts of empathy, compassion, and emotion- and has shaped me into the person I am today.

My experience with mental health began around the age of 19. I suffered emotional trauma around April of 2017, that left me feeling alone, empty, scared, and lost. While I don’t think this was the sole cause of my mental illness, I do think it played a role in leading me to develop signs of bipolar disorder. I was having trouble in school as well. I was majoring in visual arts, and I constantly felt inferior compared to my talented classmates. Over the course of two years, I slowly declined into an unstable, raging mess.

Bipolar disorder often characterizes itself through unstable relationships, reckless decision-making, anxiety, depression, and more. In the beginning, I was experiencing intense mood swings. I would be a crying, sobbing mess one minute, and suddenly burst into a fit of anger the next. Often, I’d experience really intense highs and feelings of mania, only to swing back into week-long depressive episodes. My mood swings were chalked up to me being just over-emotional, or a crybaby. Deep down, I had a gut feeling it was something more. I tried my best to keep myself collected, and to move forward.

After a couple of months, my mood swings started becoming more and more frequent, and were often coupled with horrible, impulsive decisions. I would drink heavily, and would use alcohol as a coping mechanism to numb all of my intense feelings. Outwardly, I was living a normal life- I moved into a house with one of my best friends, I had a boyfriend, I was in my second year of art school, and I had love and support from those around me. Inside, I felt like a train wreck. I was so crippled by my mood swings. I had no idea how it felt to be normal anymore. I didn’t tell a lot of people what I was feeling or experiencing. I felt like no one really understood or would assume I was just being dramatic.

My relationship with my boyfriend was getting worse. I started experiencing false ideas. I believed everyone had turned against me, and it was difficult to know what was real and what was fake. I would yell at my friends, my boyfriend, and my parents. I started bad fights and accused my loved ones of things they didn’t do. I started therapy around this time, it helped- but it was hard for me to work through my emotions. Quickly, I was put on Cymbalta- it didn’t work.

Cymbalta made me tired. The only time I felt relief was when I was sleeping. I would sleep 9-10 hours. If I had to work at 8 AM, I was in bed by 7 PM the night prior. After a month or two of taking Cymbalta, I stopped. I told the psychiatrist it made me too sleepy.

By this point, I could no longer hide what was going on. My friends knew, my parents knew, and my boyfriend knew something was seriously wrong. My relationships with people became seriously strained. Even at work I struggled to maintain composure, and suffered panic attacks. I suffered these attacks daily, and in the worst possible moments. I remember being at a concert one night and having to leave because I couldn’t stop crying and hyperventilating.

I ultimately made the decision to be hospitalized in February of 2019. It was a hard decision to come to- but it was something I knew I needed to do. While I was in the psych ward, I went through several mental health screenings, and was diagnosed with Borderline Personality Disorder. It was such a relief to know what it was, that it had a name, and I wasn’t going crazy. I was put on a mood stabilizer, Abilify, and they wanted to attempt another SSRI with me. So, I was also put on Zoloft. In 2021, my diagnosis was changed to bipolar disorder.

I left after three days, but already I was starting to feel better, more like myself. I started working at a new job, and took my medication every day for almost a year. I started a form of group therapy called DBT- Dialectical Behavioral Therapy. It’s specifically created for people dealing with personality disorders. I learned new, healthy coping mechanisms that ultimately helped me work through my mood swings and false ideas.

Currently, I take Zoloft and Abilify. After some time off meds, my psychiatrist and I made the decision to restart me on medication. I don’t think being on medication for any mental health issue is something to be ashamed about. And I don’t think the goal is to get to a point where you don’t need them either. Sometimes, people function best when they’re on medication indefinitely. I also don’t think being hospitalized is something to hide. It’s okay to ask for help. For so long, I felt like I was the only one allowed to handle what I felt. But without medical professionals, I would not have my diagnosis- and I could still be suffering. Things didn’t get exactly 100% better after I left the hospital, but it was a huge step in the right direction. Going to therapy, practicing and using skills I’ve learned from DBT, and gaining a better understanding of myself has also helped immensely.

There are good days and bad days. I think anyone with a mental illness can attest to that. You learn to ride with the wave, instead of swimming against the current. Managing bipolar disorder has been a valuable lesson in navigating life.

I think the stigma surrounding mental health is slowly shrinking. We no longer live in a time where mentally ill people are thrown in asylums and forgotten about. People living with mental illness can achieve great things, and are just as capable as someone without a mental illness. One in five U.S. adults live with a mental illness. If you are someone who’s struggling- don’t be afraid to reach out to friends, support groups, and other people who care. Know that you are definitely not alone.