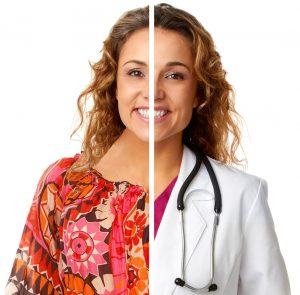 Laurie’s ﬁrst contact with mental health services took place in 2005 when she was still at secondary school, where she cut her hand with a craft knife for no apparent reason. At the beginning nobody suspected anything more than a ‘teenager’s mood disorder’ or even a kind of ‘typical’ self-injurious behavior found in girls of her age, Laurie however did not carry out the act out of distress, impulsivity or sadness. Instead, she had always claimed that she was not the one who did it, that she was not in control when it happened – someone else told her to cut her hand. However, even her psychiatrist dismissed her claims as manipulative excuses indicative of an emerging borderline personality disorder, and this ‘someone else’ in her mind was a sign that she was ‘communicating her distress clearly.’

Disillusioned and severely let down by her ﬁrst adult psychiatrist, Laurie’s condition deteriorated as she started her undergraduate studies in Pharmacology. The other person from outside her own mind told her to injure herself more and more severely, to the extent that it became life-threatening. All this while Laurie denied she wanted to do any of this. She developed the ideas that her blood was contaminated with messages ‘from the air,’ that her thoughts were not hers and were accessible from her handwriting. But none of these belonged to her own self, her own volition. She was a puppet under the control of some sinister force. As she continued to spiral downwards, she hit her lowest point – a serious suicide attempt in November 2008, where she was found by the police and forcibly committed (called ‘sectioned’ under British legislation) to a psychiatric hospital.

Sadly Laurie was handed back to the same psychiatrist who discharged her with no follow-up care at all. Still, even the suicide attempt was not her own behavior. Her future husband (then partner) arranged for her to seek a second opinion, where she was ﬁnally diagnosed with schizophrenia and put on an atypical antipsychotic medication. This, for Laurie, was absolutely life-saving. She also requested a new psychiatrist in the National Health Service. Despite a few more hospitalizations and changes in medication in 2009 and 2011, she has not been an involuntary patient for over 10 years.

Although she had to take a whole year away from her undergraduate course, she managed to gain the highest mark in her ﬁnal year research project and a year later she was awarded a Distinction in her master’s degree in Psychiatric Research Methods. When she reﬂects on this, she thinks her psychotic break in fact helped her decide her future career in psychiatric research. In 2014, she was able to secure a UK Medical Research Council-funded PhD studentship focusing on studying the early stages of schizophrenia and successfully passed her viva three years later with only minor corrections. Although she continues to take her medications, she is also no longer in need of psychiatric care.

“(Laurie) views herself not as a psychiatric patient but first
and foremost as a researcher.”

Today she is a Postdoctoral Fellow in Mental Health Research at a prestigious British University. Whilst her personal experience, especially that of a fragmented self-consciousness, inevitably informed if not inspired her own research, she views herself not as a psychiatric patient but ﬁrst and foremost as a researcher who stands on equal footing with everyone else at her stage of the career. She does tend to downplay her psychiatric history, not always because of potential stigma (despite being a sad yet relevant concern) but most importantly, because she does not wish to be deﬁned by a label (either given by psychiatrists OR by other patients) and there is so, so much more to what she can offer than being a service user only. When a patient becomes a doctor, it means that nobody should be limited by their experiences of mental illness alone. It means that it is still possible to thrive despite a lifelong diagnosis such as schizophrenia. Laurie hopes she will continue to contribute to her beloved scientiﬁc ﬁeld and to the wider society and engage in inﬂuential research that has real-life beneﬁts, so that more patients, should they choose to, can become doctors.

This article was taken from our Newsletter Issue 8.