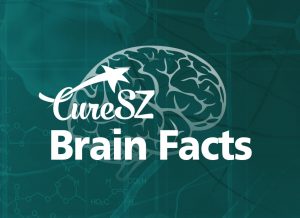 Most people think that the main function of the cerebellum is motor coordination. However, the cerebellum has multiple non-motor functions including emotions, affect and higher cognitive functions that are relevant to many psychiatric disorders. Damage to the cerebellum can cause the following:

It is also interesting to know that although the cerebellum looks much smaller than the cerebrum, it actually has a much higher number of brain cells (neurons and glia) than the cerebral cortex!

The hippocampus is one of the most critical components of the human brain. It is involved in multiple psychiatric disorders and its volume is smaller due to atrophy in depression, PTSD, Alzheimer’s Disease, and chronic alcoholism but is developmentally hypoplastic (smaller) in schizophrenia. Its functions include:

Many brain regions are involved in Schizophrenia’s signs and symptoms. The frontal lobe is the “command and control” part of the brain, essentially the “Chief Executive Officer” of one’s life. The following are clinical features of Schizophrenia attributed to a frontal lobe dysfunction: